Hello all,
It has been quite a while since I have taken the time to post here, mostly because I have been really busy with making hay... And in my spare time, I have been working on my car. :-) I have been making good progress with that project, although there is still a lot more to be done... More on that later...

Today we finally finished up with our first cutting of Alfalfa! We would have been done a couple of days ago, except a large wind blew around all of the windrows on our last 100 acres, so we had to spend a lot of time raking it all up again...   Thankfully we were able to salvage most of the hay.  Now that we are done with the Alfalfa, we have to work on haying the ditches, then it will be time to start on the second cutting of Alfalfa again... Never a dull moment while working on a farm!

Here are a couple of pictures of my car project: 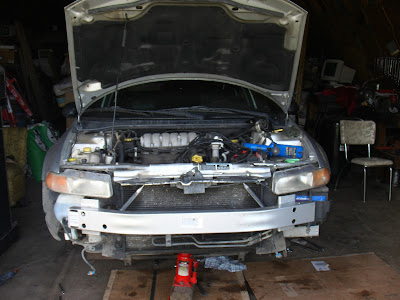 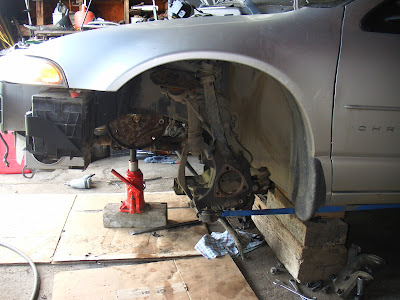 Whoa! What happened to the wheels! 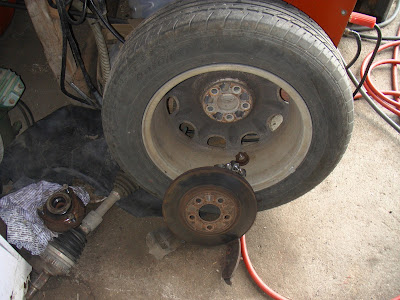 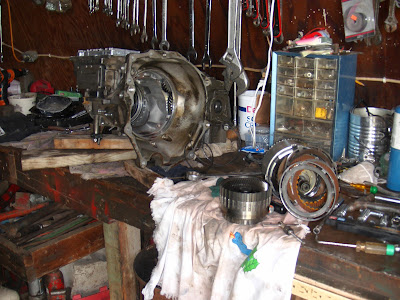 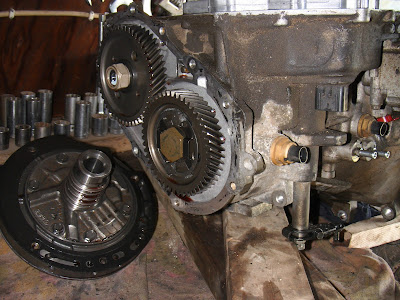 CAUTION: DO NOT TRY THIS AT HOME!
(At least not without a good service manual...) 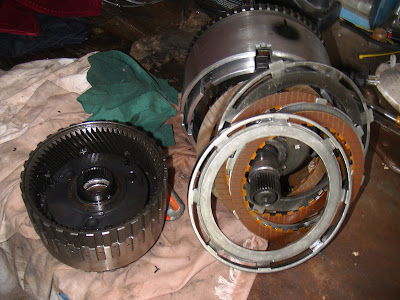 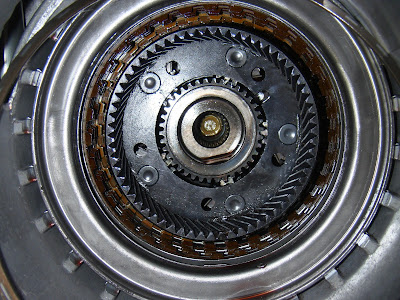 Apparently there was a bearing that went out in the transmission, which then took out several other bearings, a couple of bushings, and essentially the entire planetary gear system... If you look closely in the following picture, you can see the smashed teeth on the gear: 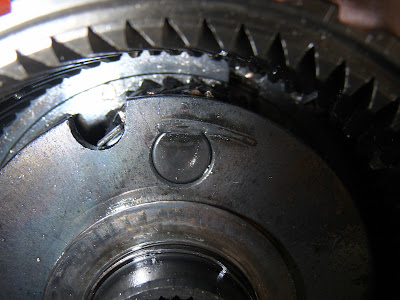 One of the many bad bearings: 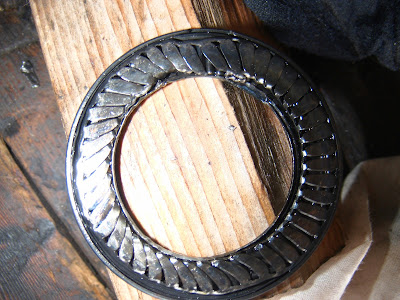 I have got the transmission pretty much all back together now, although I am still waiting for a bearing and a couple of special spacers that I ordered... I also have to replace a couple of seals in the differential part of the transaxle as well... But it is coming along quite well!
Best get to bed now,
Andrew B.
Posted by Unknown at 10:43 PM

Brother Andrew,
This was a great post, even though I don't understand hardly anything about how motors work, or rather, don't work. I loved the bits of humor you added, and yes, that one picture could make a person dizzy! :)
Are you hungry yet? Perhaps I should go warm up the hotdish!
See you soon,
Cora

Ok... you lost me! I'm always amazed at the wonderful little parts (and big parts) that make our motors work that we rely on every day.

I thankful that guys know how to fix them, so we don't have to! :)

Thanks for the comments, Cora and Carra!
It is amazing how all those little parts can work together in such a way that big things can get done. People are a lot like that too, in that sometimes it takes a combined effort of everyone to get something done that none of them individually could do themselves... :-)
Andrew B.

I used to work in the tobacco fields - picking and tying the tobacco. So I know how busy you can be with hay.

With regards to the motors,etc., I never touched then but I did work on the chasie of my 62 convertible with my dad.....many years back!