What we have been doing in our shop...

As promised, here is a quick update of what we have been doing in the shop. :-)

I started work on my Charger,  taking out the engine and pretty much the whole front end...  Here you can see a snapshot of the project just getting under way: 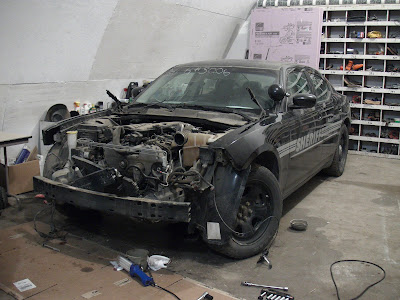 A day or two later: 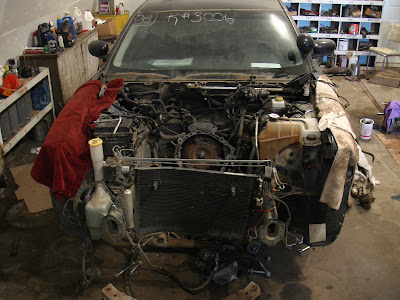 Here you can see a few of the parts removed in the process: 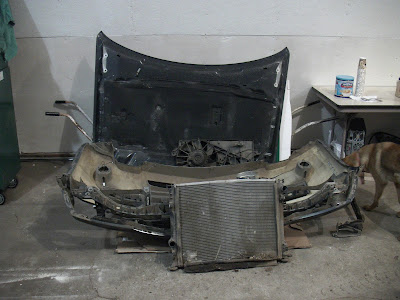 After totally disassembling the engine, my suspicions were confirmed -- the main bearings and crankshaft were severely damaged, and a couple of the connecting rod bearings were so bad they had even spun...   After checking around with several different places, I decided to buy a used motor from a junkyard, rather than trying to rebuild the old one. Here is a picture I took of the used engine I bought: 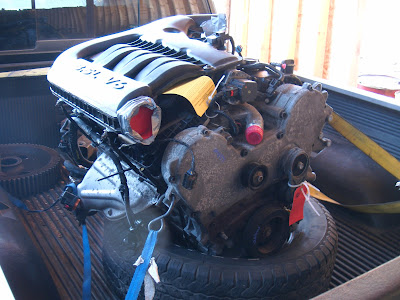 Dad has been working on one of our tractors, as there is a bearing that is literally falling apart somewhere in the transmission, we just haven't been able to find it yet! 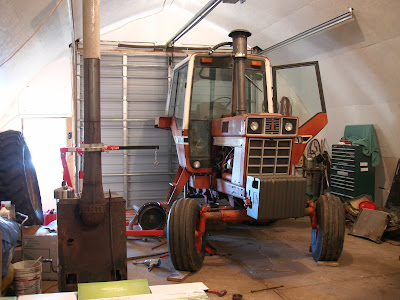 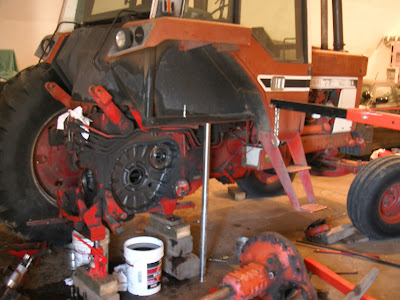 I hope you didn't throw the car hood...those are great for hooking behind a snowmobile to ride on! My brothers and I do it all the time! :) Its a blast..esp. when ya have a cushion ;) Hehe!

The hood got put back on that car, as it was completely repaired. We did have another hood laying around we kept on saying we should hook behind the sleds, but we usually use a good round sled (with a cushion), which is a lot of fun too!