Well it's that time of year again. Yep, time to keep on writing the WRONG year on your checks and notepads... :-) Time to say hello to a new year, to make resolutions, and to think about the year gone by. As I have been sorely neglectful of all my blogging friends for the better portion of the year, I think it is time for another one of those "Year-in-Review" kind of posts... :-) So here goes...


This year was an exciting one for me, it started off with my buying a place to call my own! I already posted a little about that last spring, but it also occupied much of my summer, as I worked to get it back in good condition. More on that later...


January found us mostly staying inside, out of the bitter cold. Of course there were chores to do, and a lot of work to be done in our heated shop... :-)   We also enjoyed attending Cabin Fever Family Camp at Crystal Springs, hosted by our friends the S. family.


February was a busy one, in which I finalized the paperwork on my farmstead! I also spent a good bit of time helping a neighbor putting tin on his new shop: 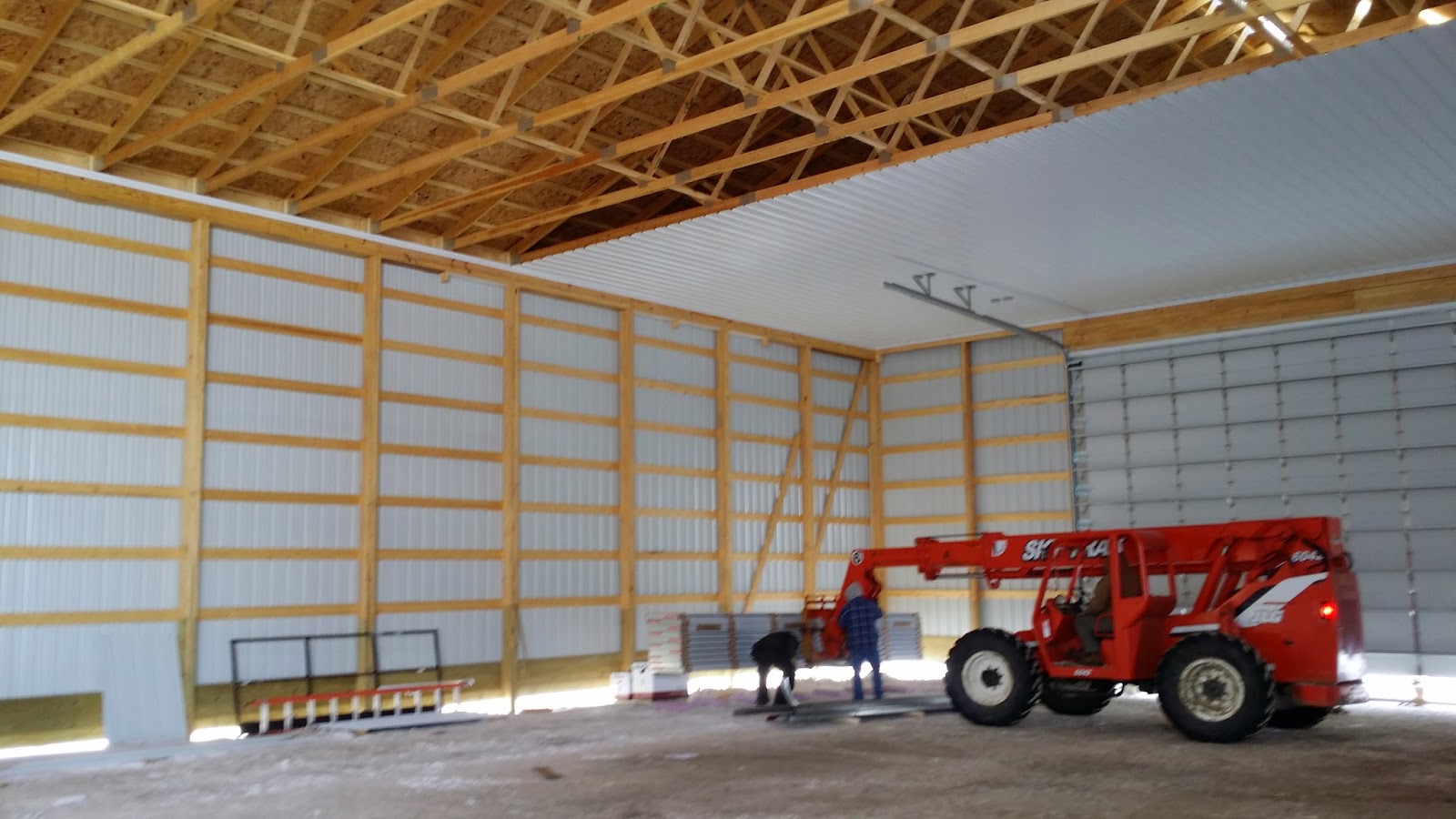 March found us sitting at the local sales barn, selling our calves from 2013. Thankfully cattle prices were very good, and we were able to make up for the less than stellar crops of 2013...
I spent a good bit of time working in our shop as well, where I overhauled the engine for the generator on my grain cleaner... :-) 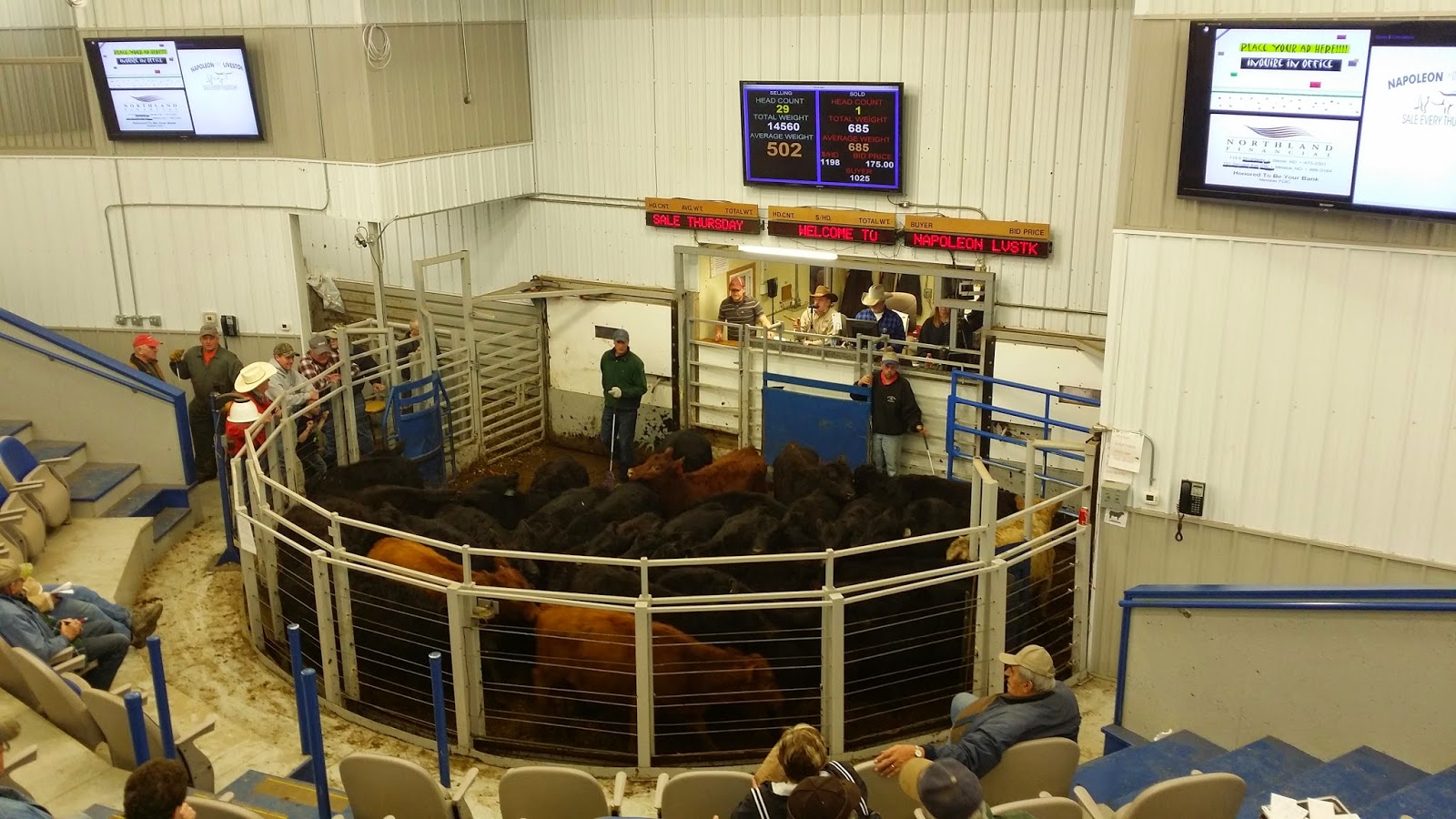 We also attended the ND Homeschool Association's annual conference, where I once again hosted a booth for Project Appleseed, and also volunteered helping with the convention recordings... :-)

April found us frantically getting things ready for the planting season, and for my brother Jacob's graduation!

My Grandfather on my mother's side passed away the beginning of May, so we were kept occupied with funeral arrangements, and everything that goes with that. :-(  While it is always difficult to lose a family member, it was not unexpected like my Grandma's passing 5 years ago... (Which oddly enough, happened shortly before my graduation, and Grandpa passed shortly before Jacobs...)
Jacob graduated from our Homeschool on May 25th, and of course we had a great party! :-) 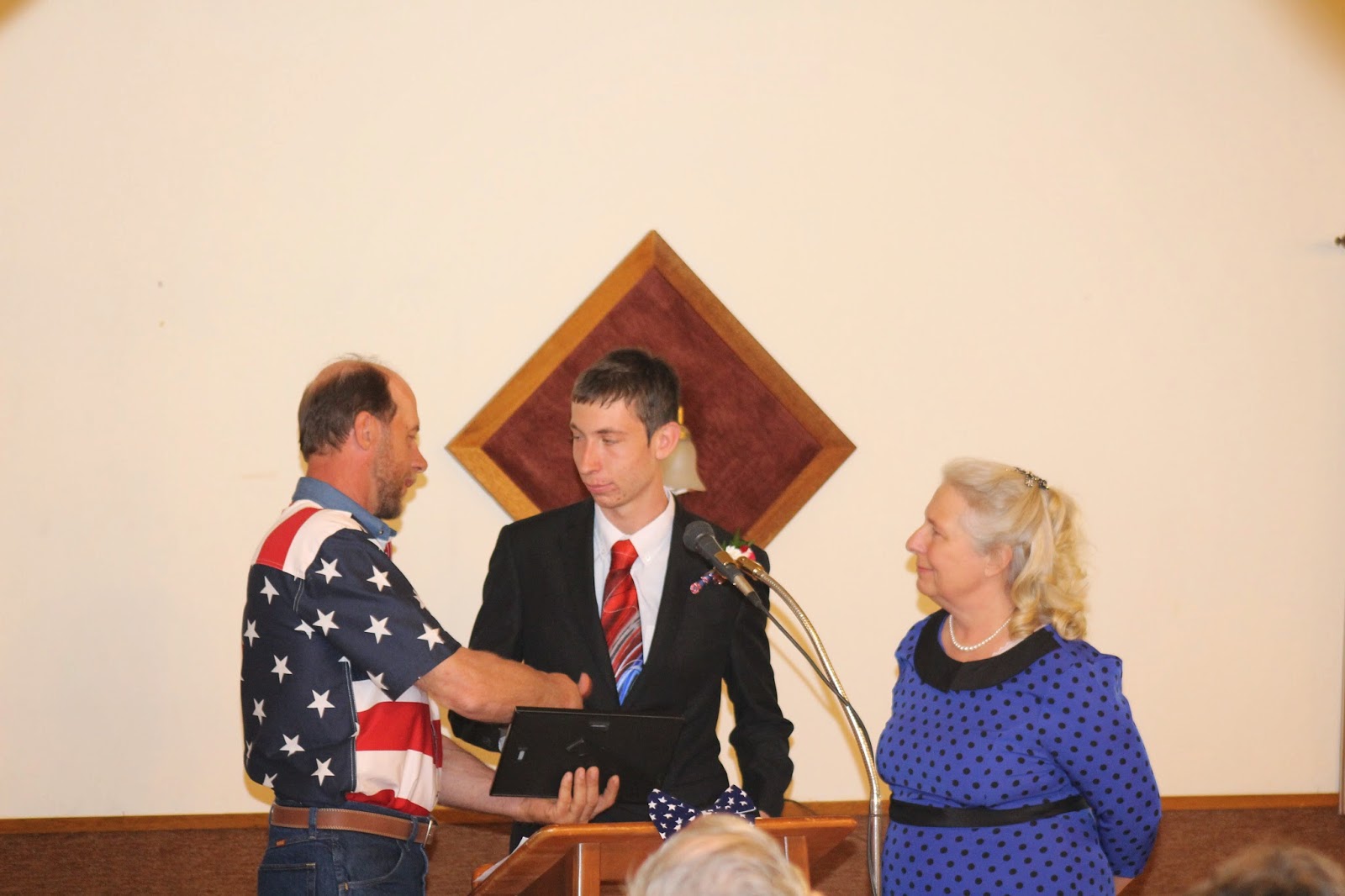 June was busy with finishing up springs work, helping another farmer get his fields planted, and hosting our first Appleseed of the year! Here is our Instructor Cadre for the event: 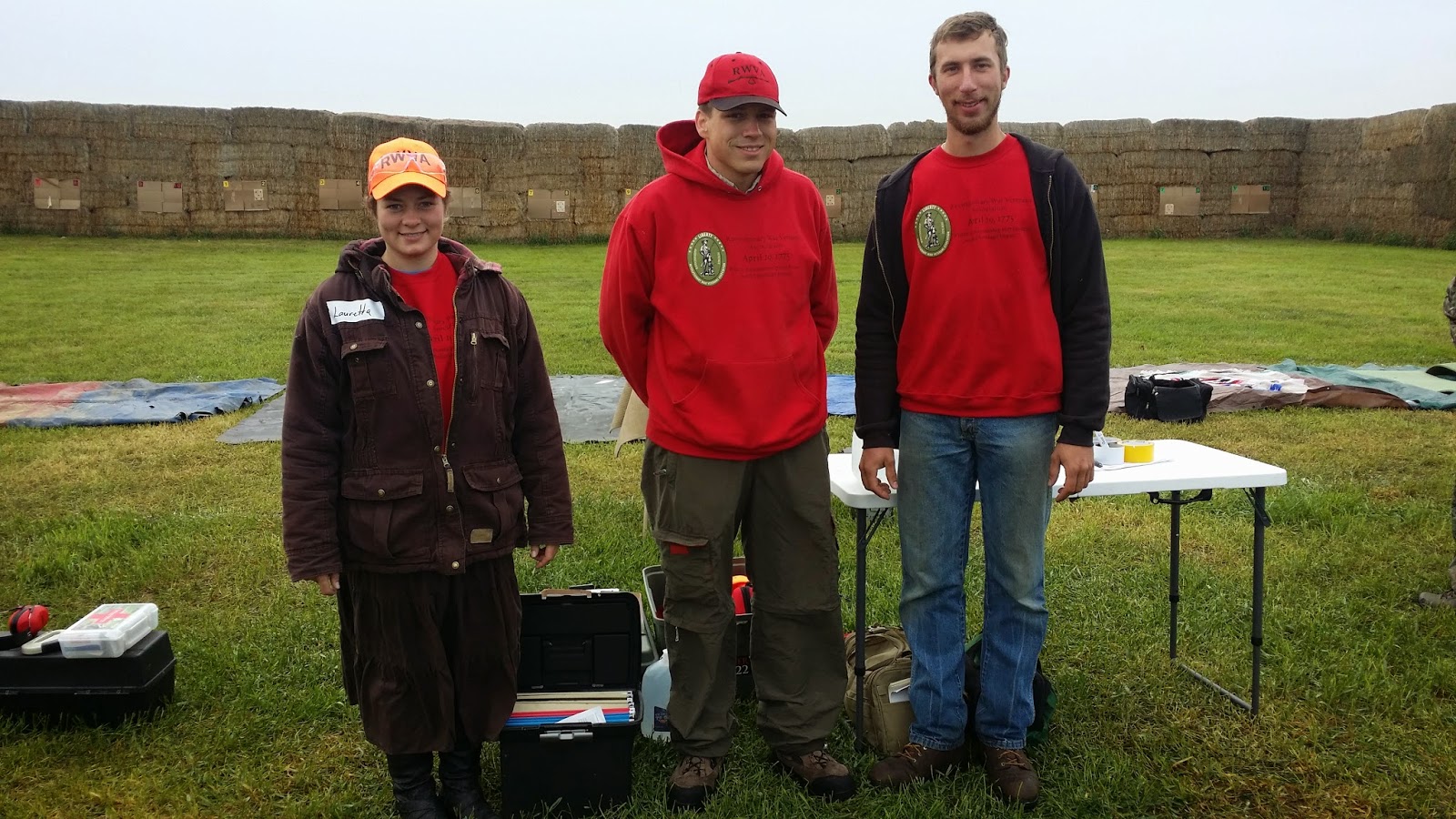 We also spent some time cleaning up the yard, and burnt a couple of old chicken coops that were falling down anyway... 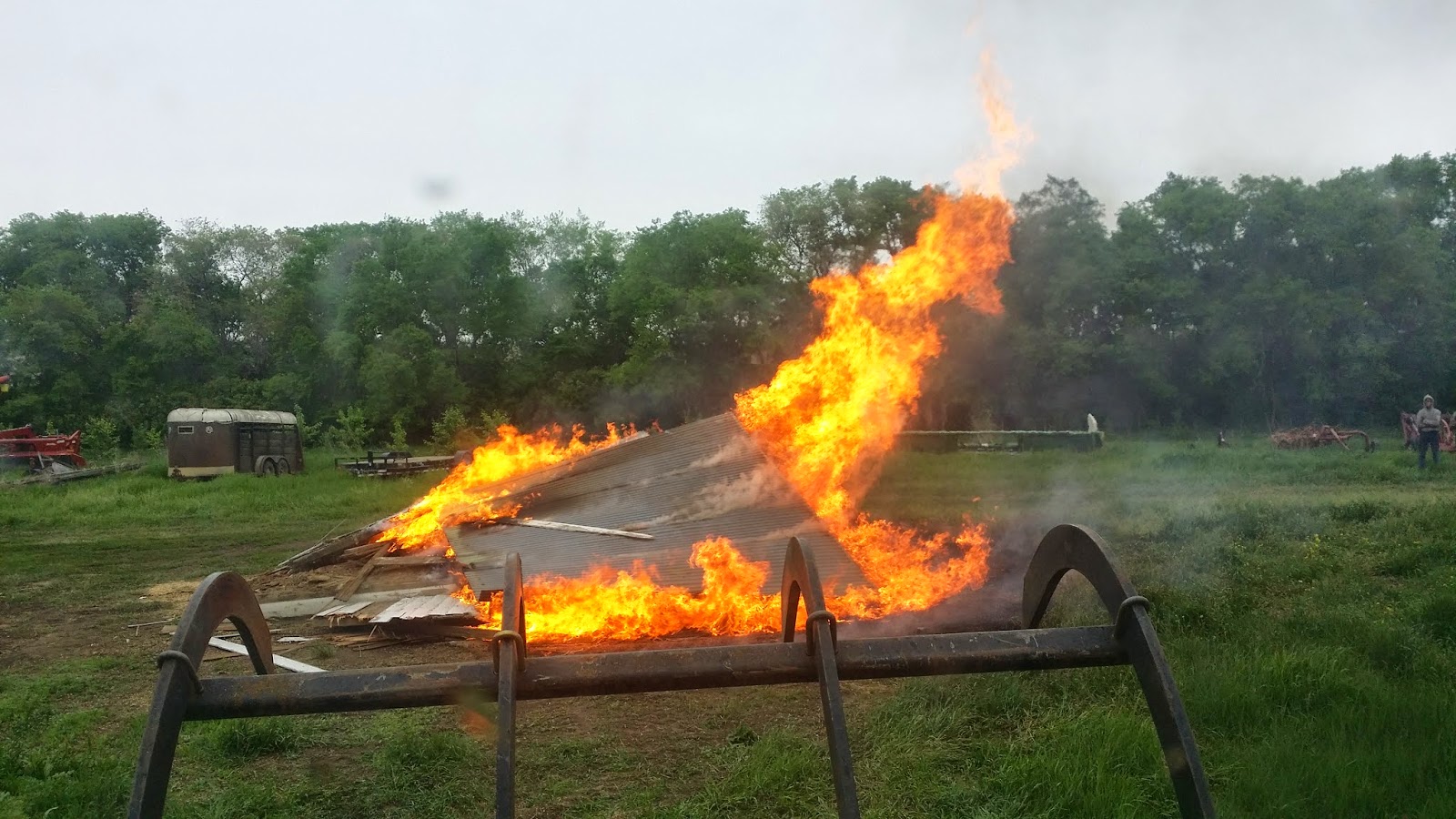 July was spent mostly in making hay, more hay, and helping another farmer with his hay... :-) 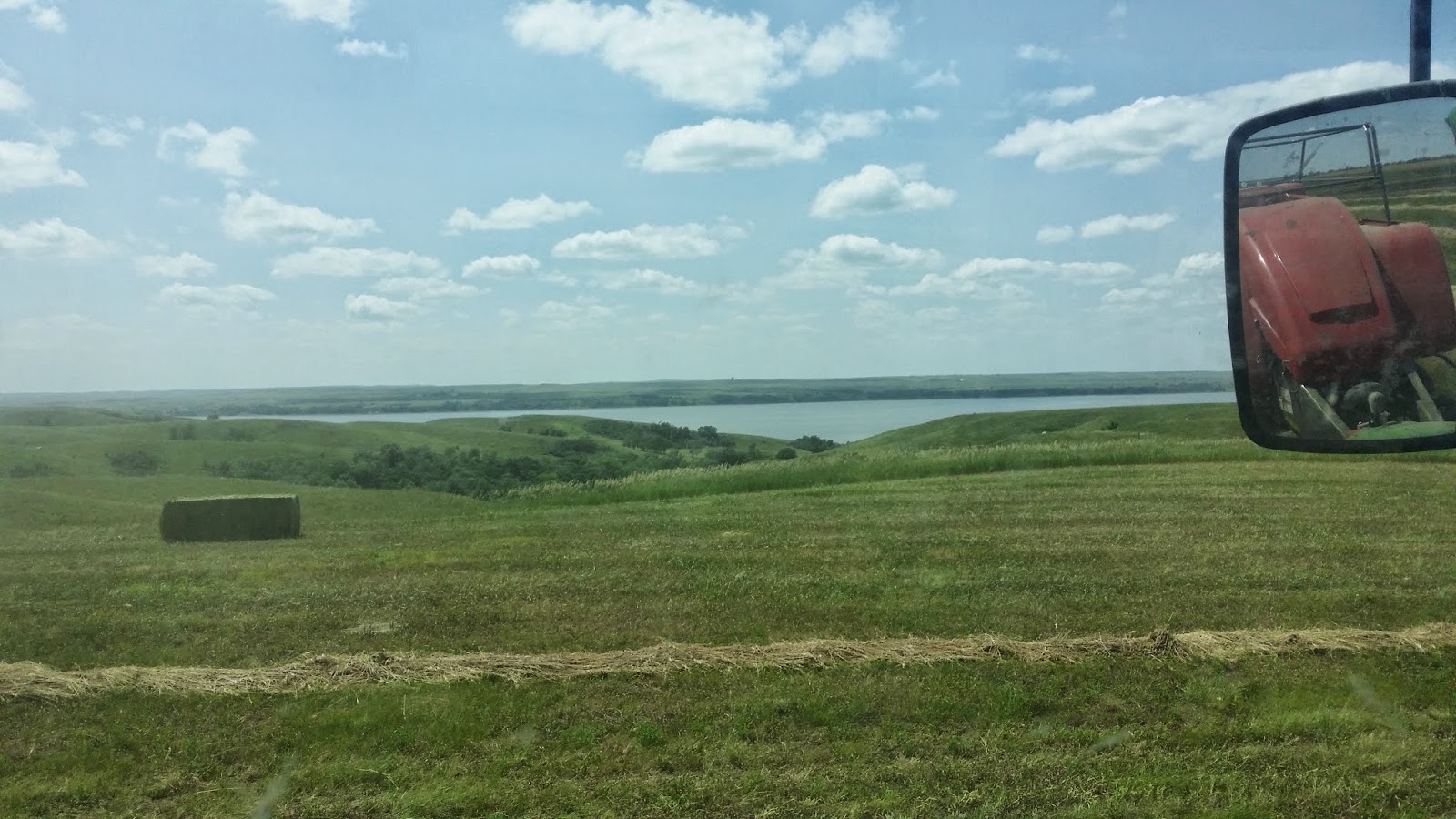 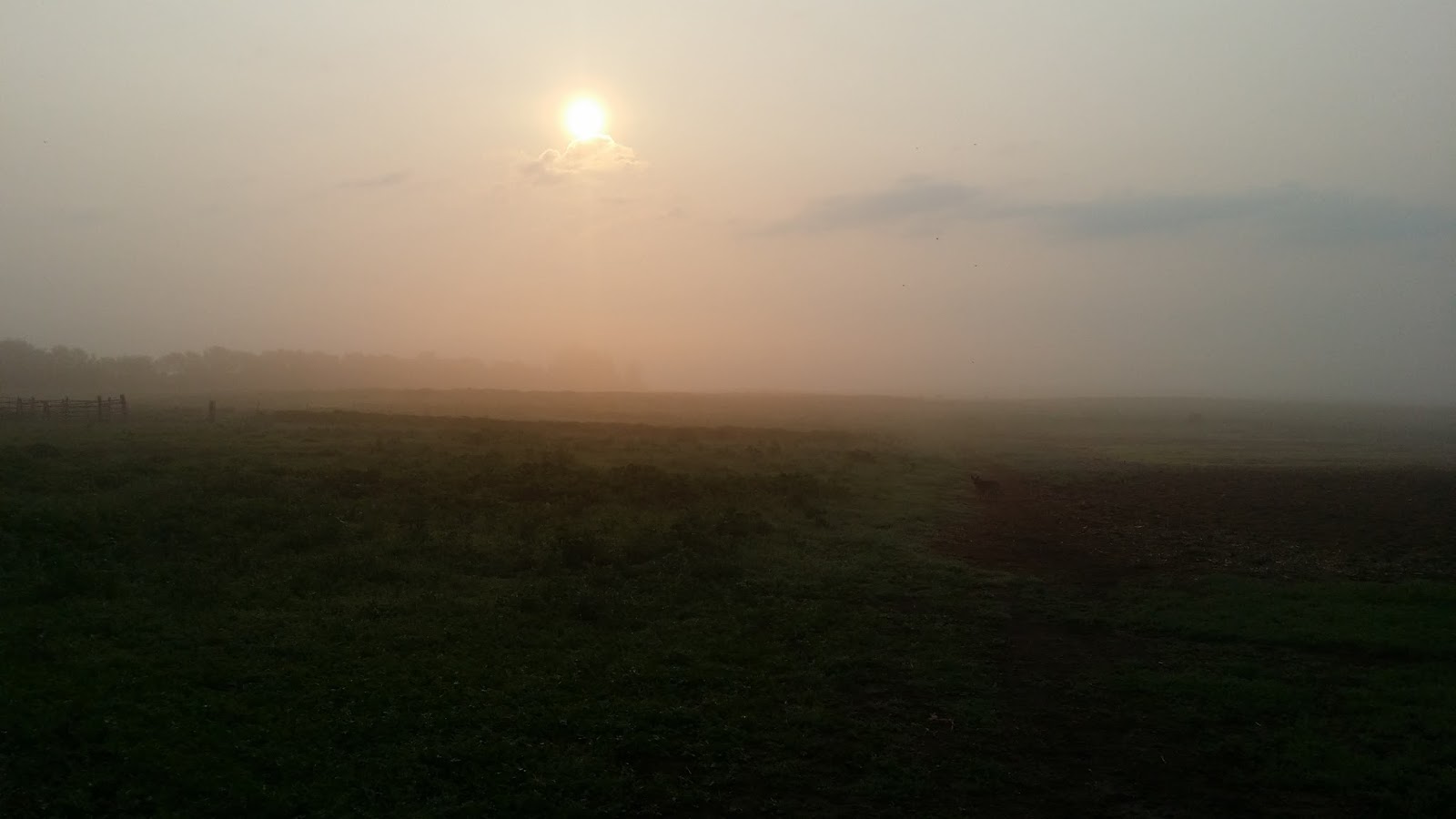 Of course we hosted our annual Independence day party, which was a real "Blast"! :-) 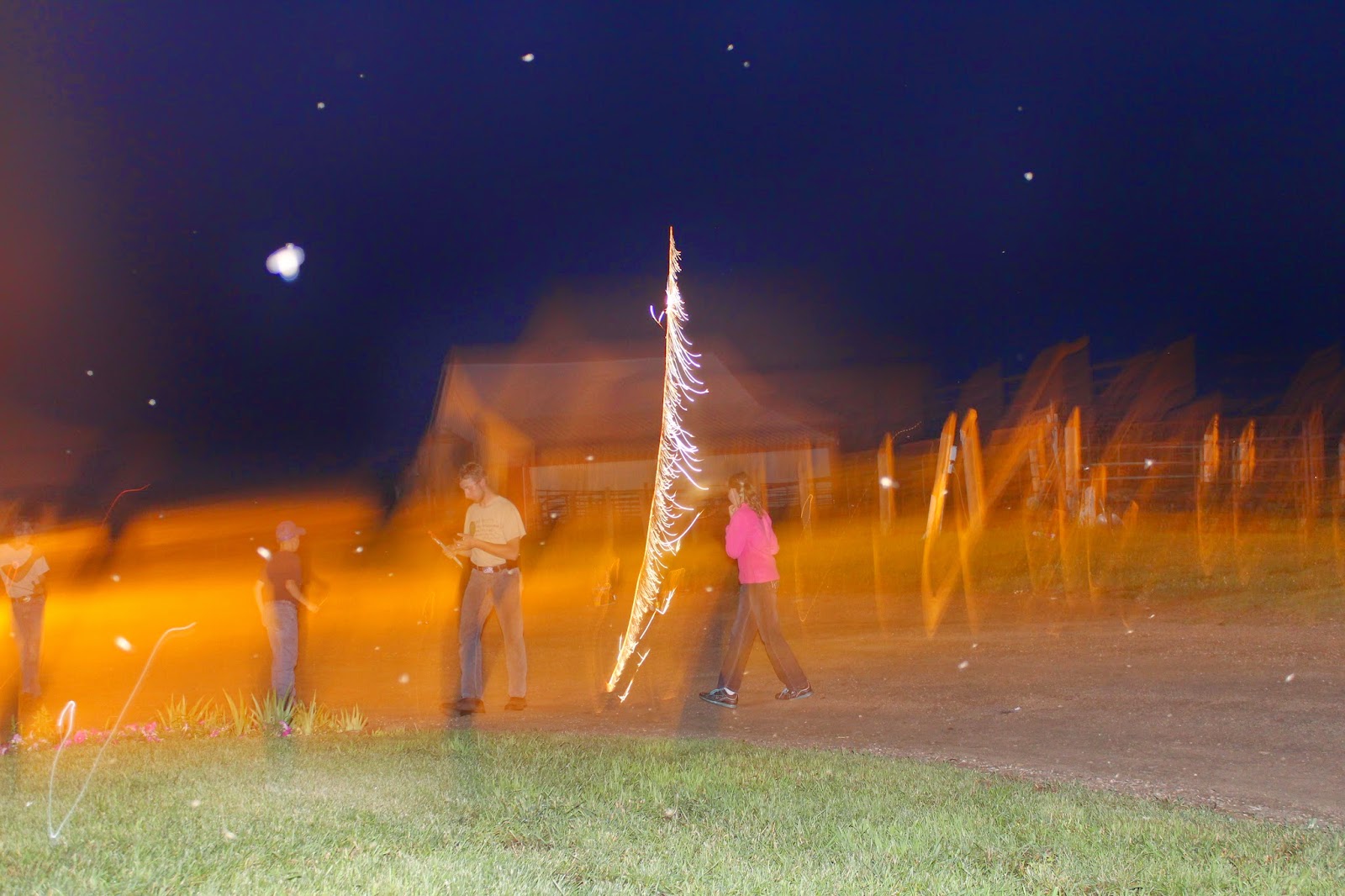 And I also helped at the first Appleseed event in Jamestown, ND! :-) 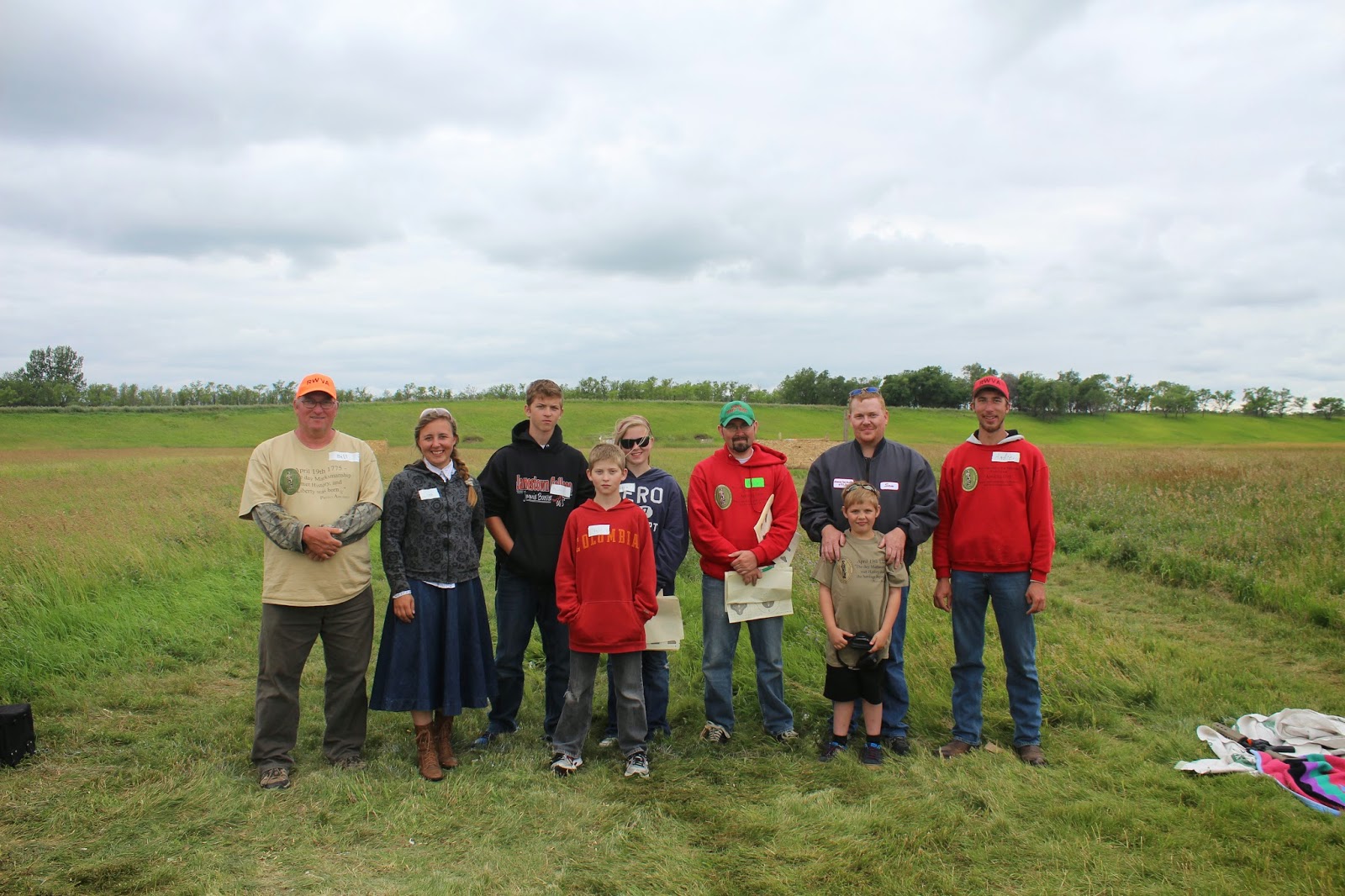 In August we started the project of putting tin on my house and shed roofs, after the tedious task of tearing off the old wood and asphalt shingles... We also put down new OSB decking on most of it, as the old boards were not in the greatest of shape. 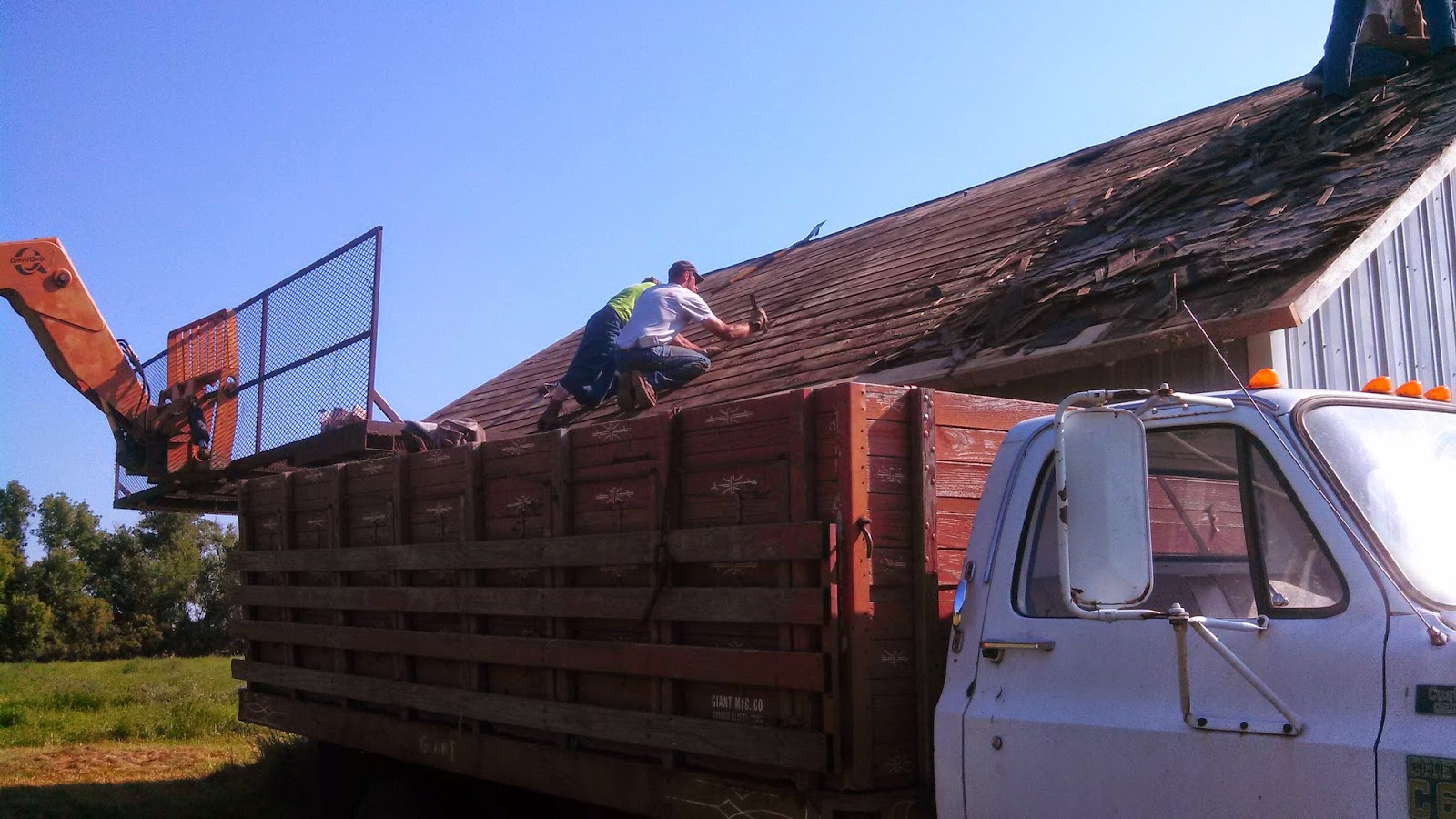 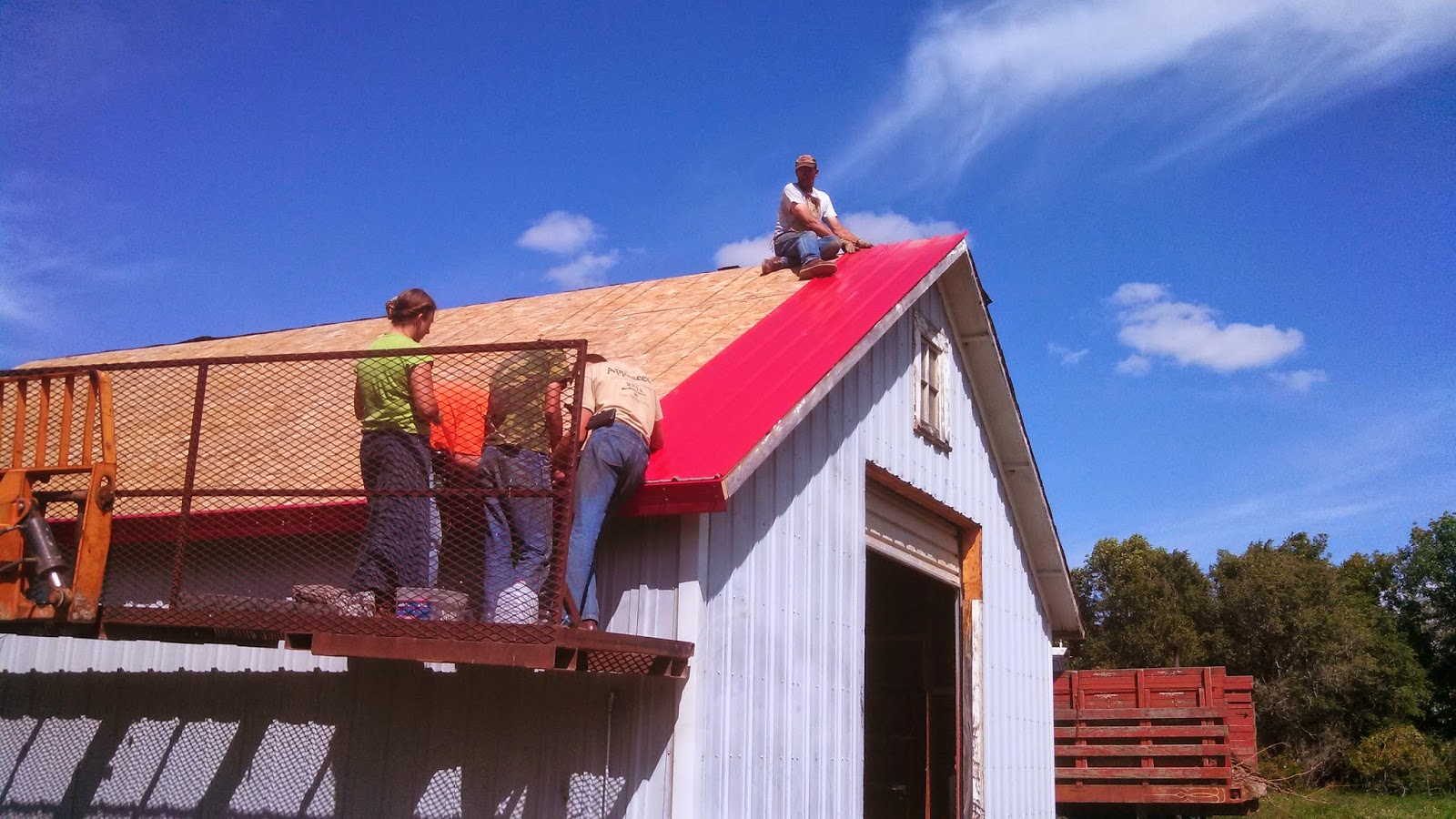 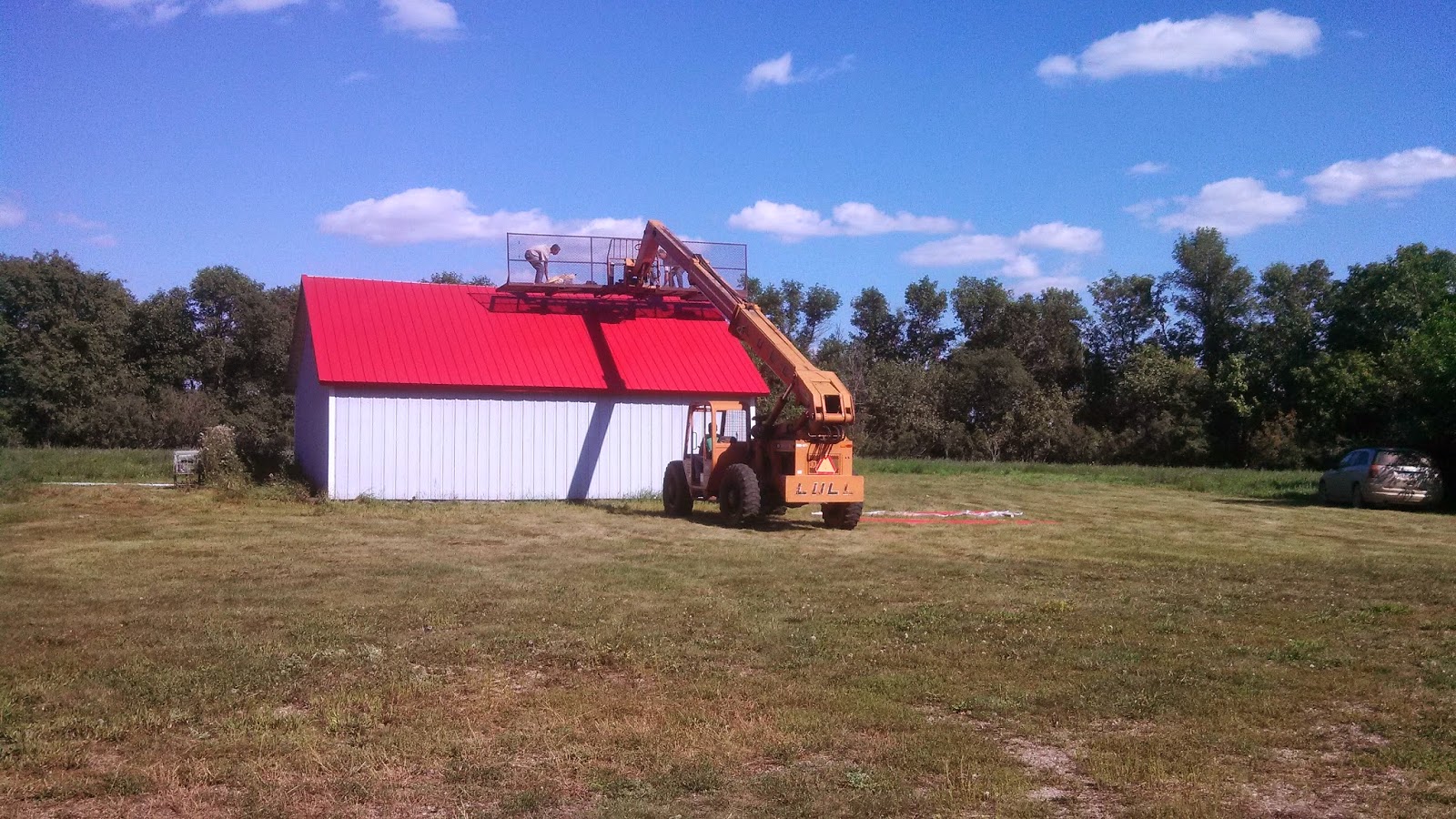 We also enjoyed spending time at Crystal Springs again over Labor Day, had a lot of fun with a bunch of friends again! :-)

September found me helping out with the Threshing Bee in Braddock once again, and this year I even drove in the Tractor Trek! Our old "A" John Deere isn't quite stock, but did manage to run all the way over there! :-) 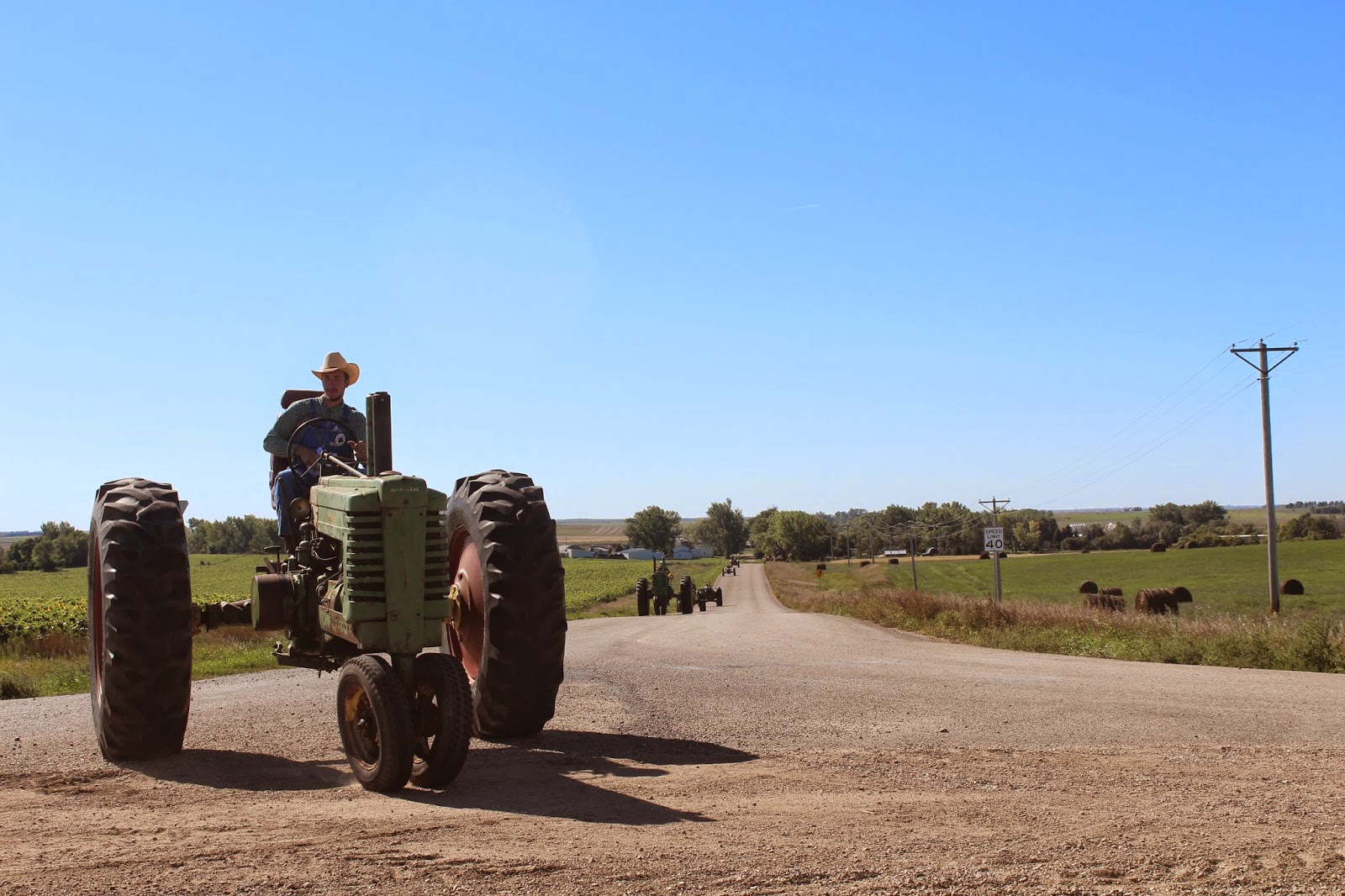 One of the massive old tractors on display at the Bee: 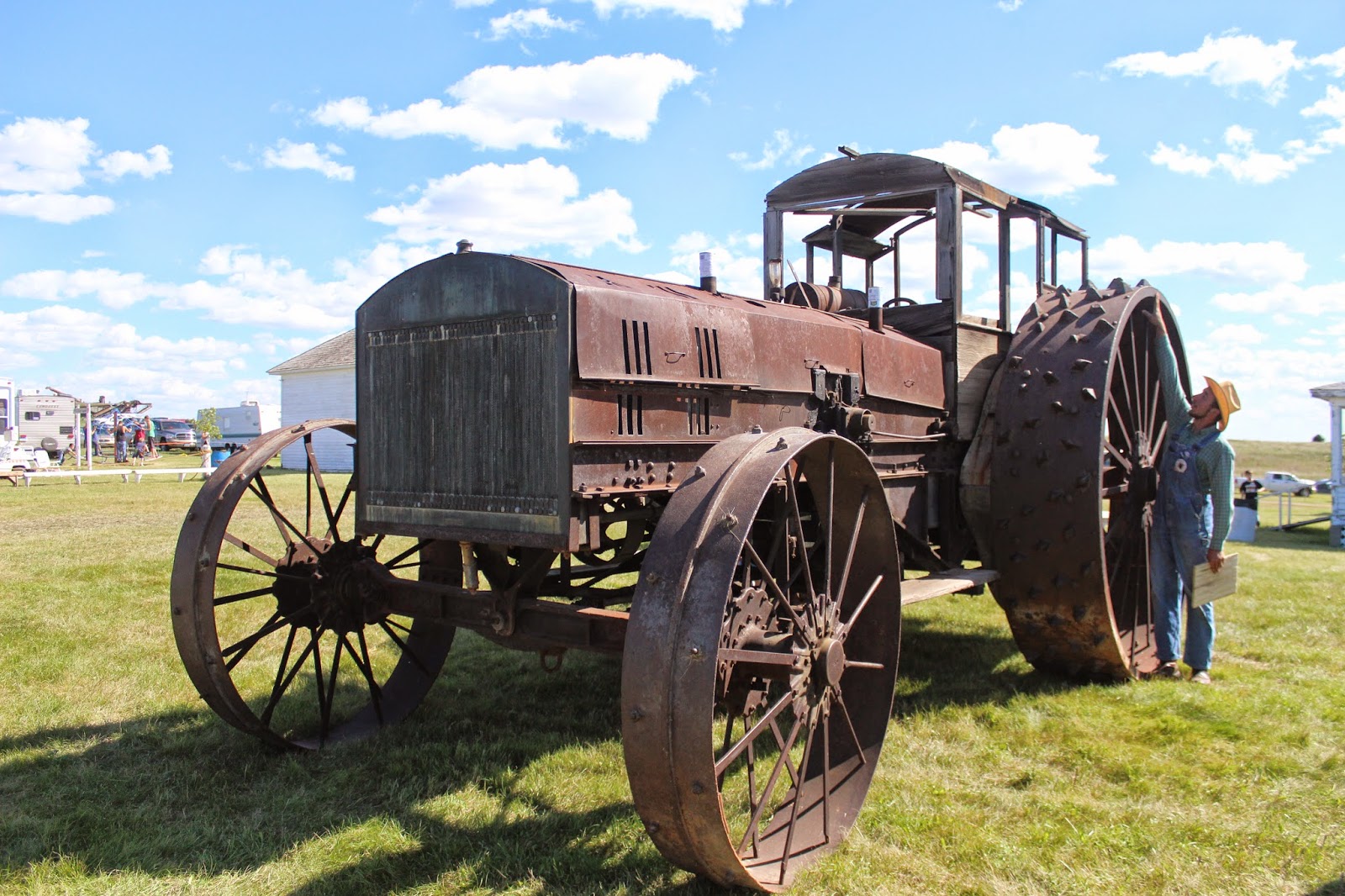 I finally got around to working on the tin on my house in October, and that was quite a project! First you take off the old shingles: 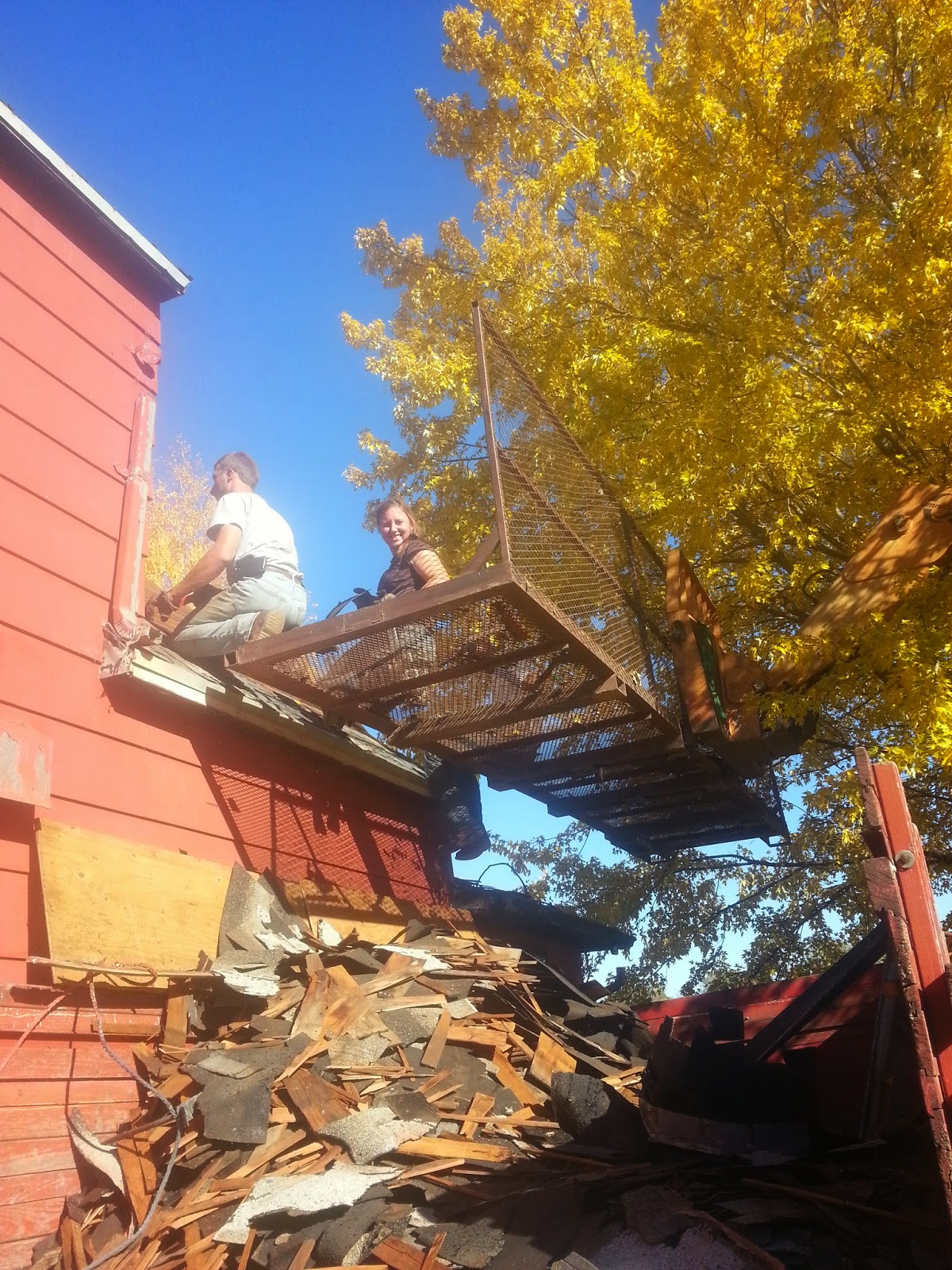 Then you put down the OSB: 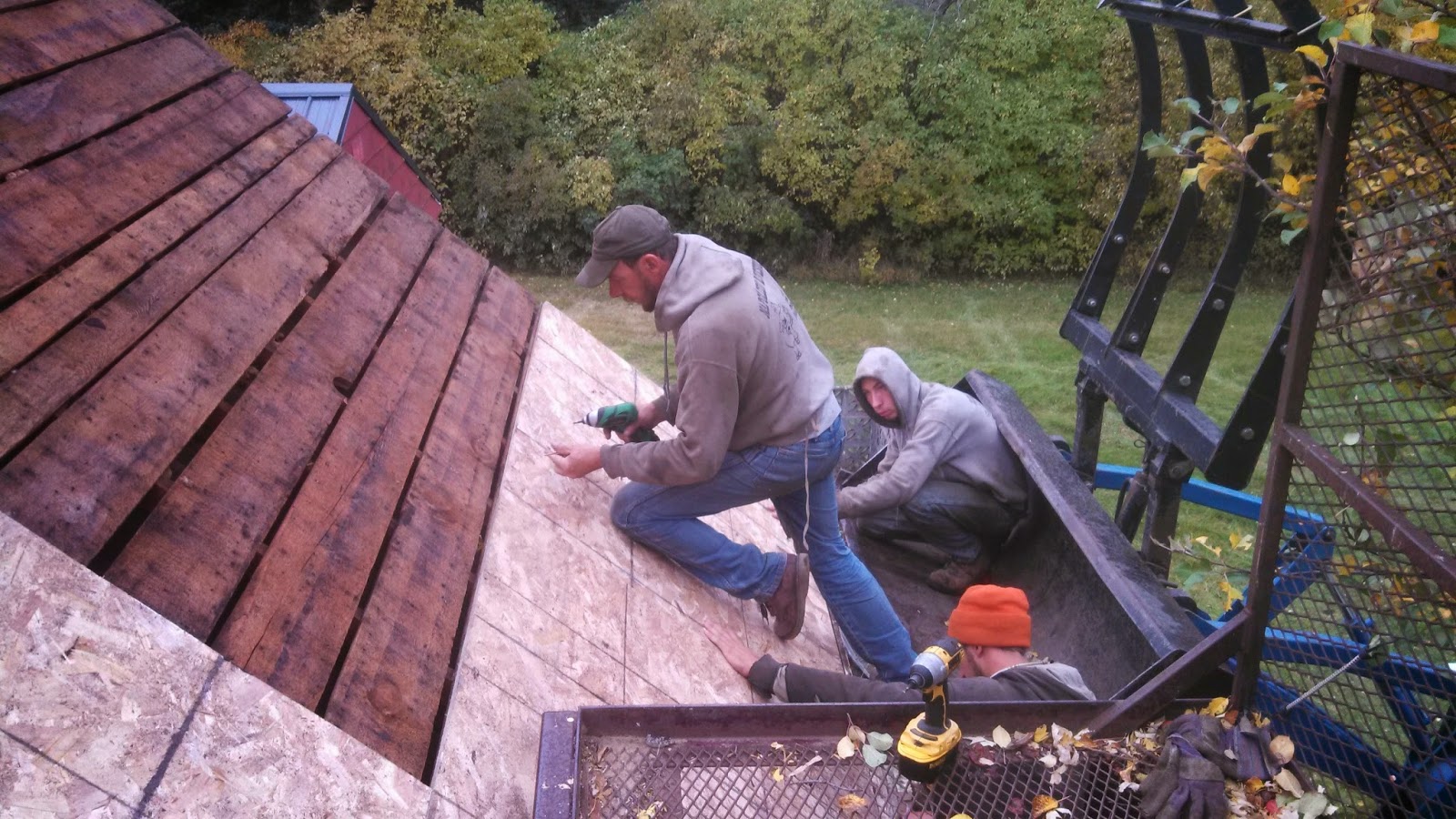 Then you put the tin on: 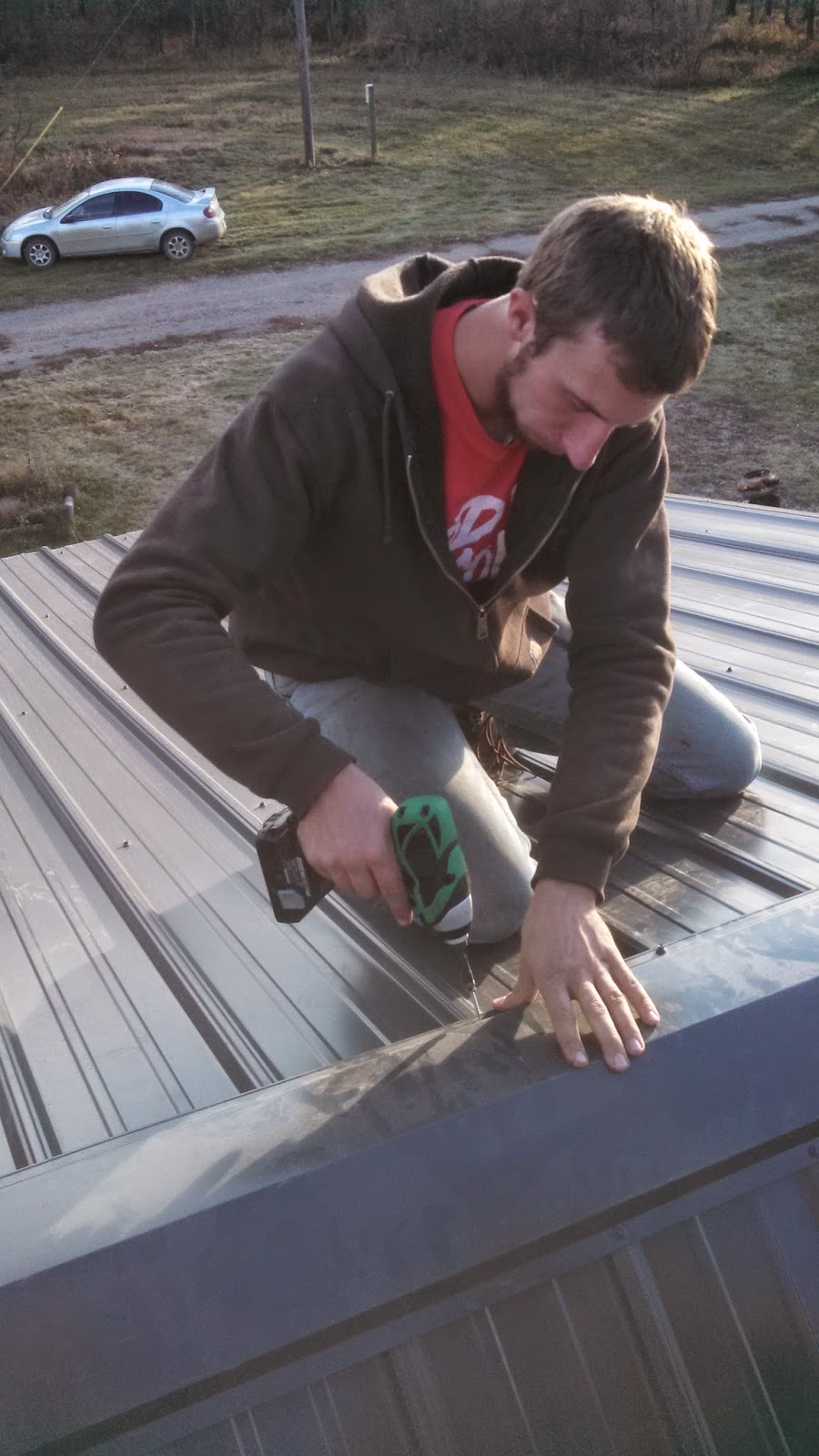 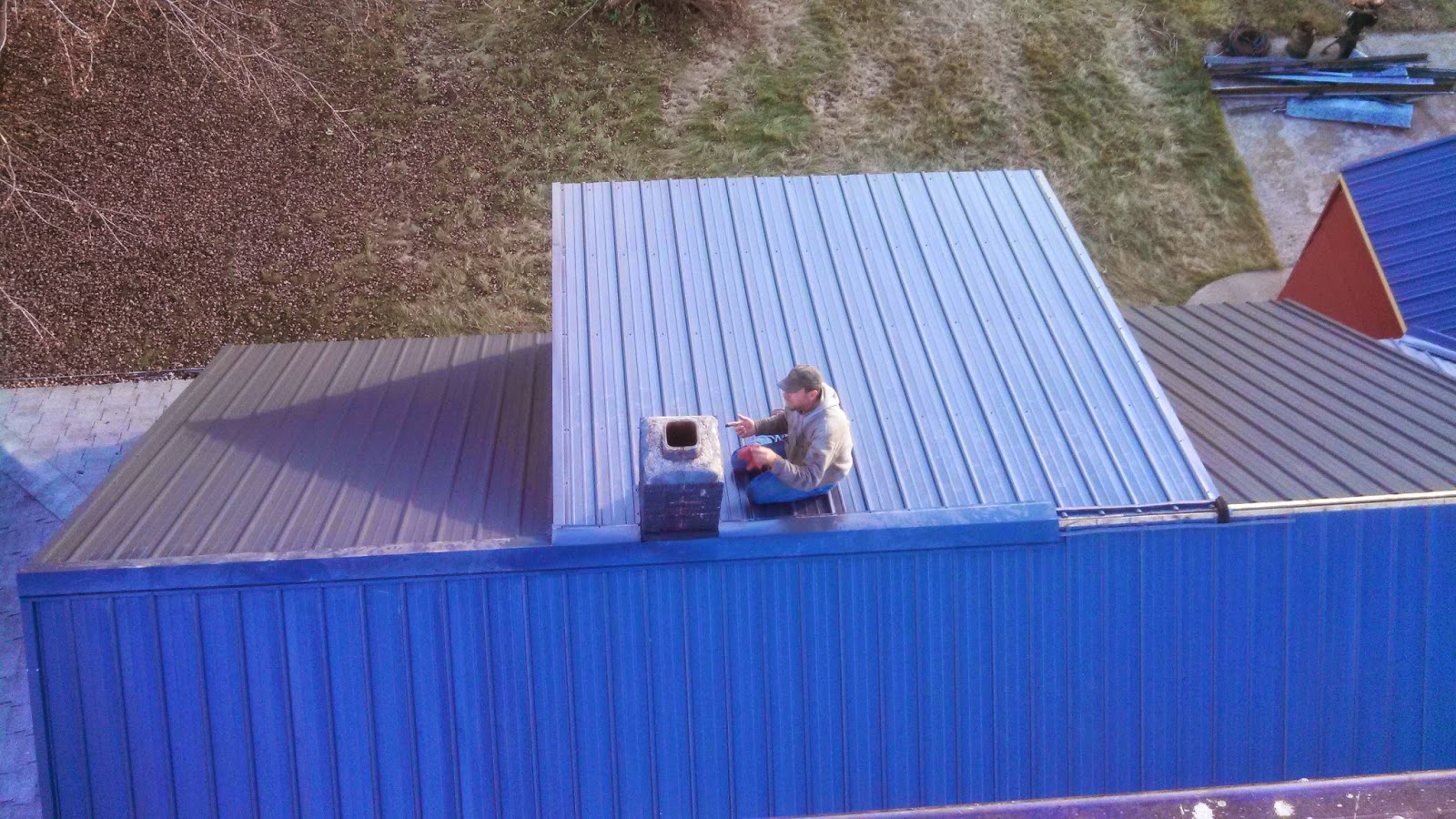 The telehandler sure made this job a lot easier! 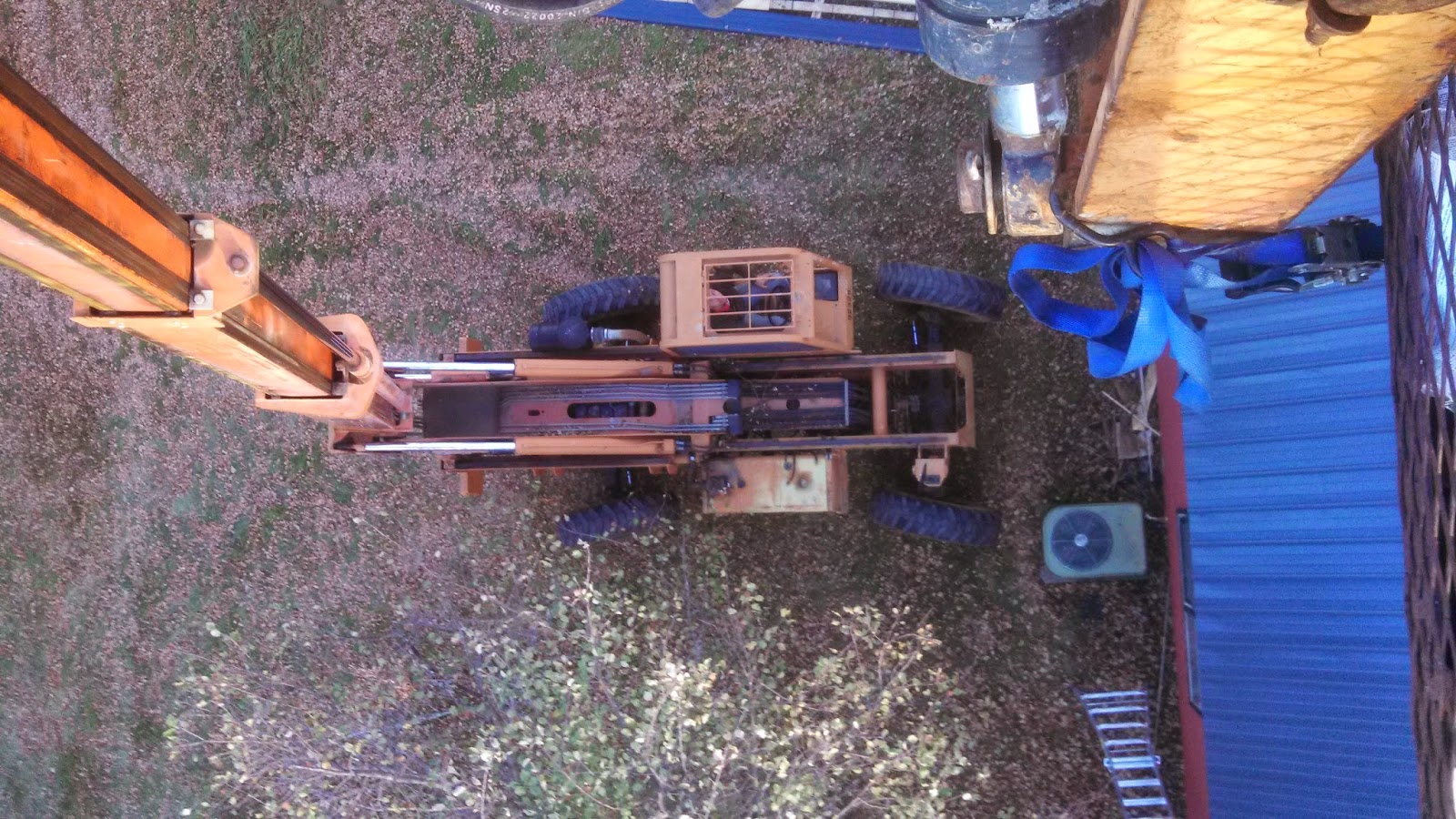 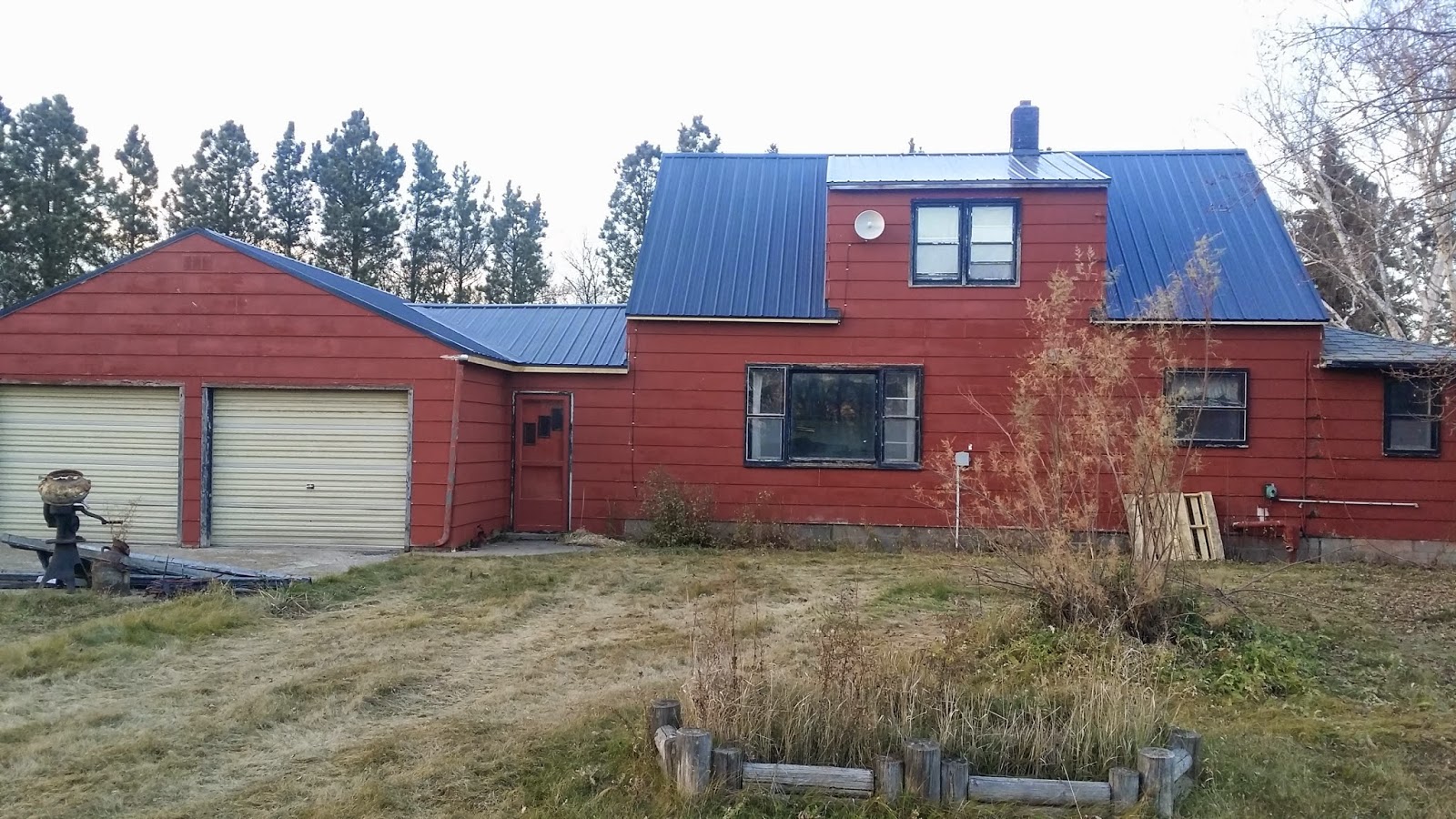 In November, I had the privilege of attending the Midwest Christian Filmmaker's Academy in Fargo! It was a GREAT learning experience for me, as that was my first time working on a real production. 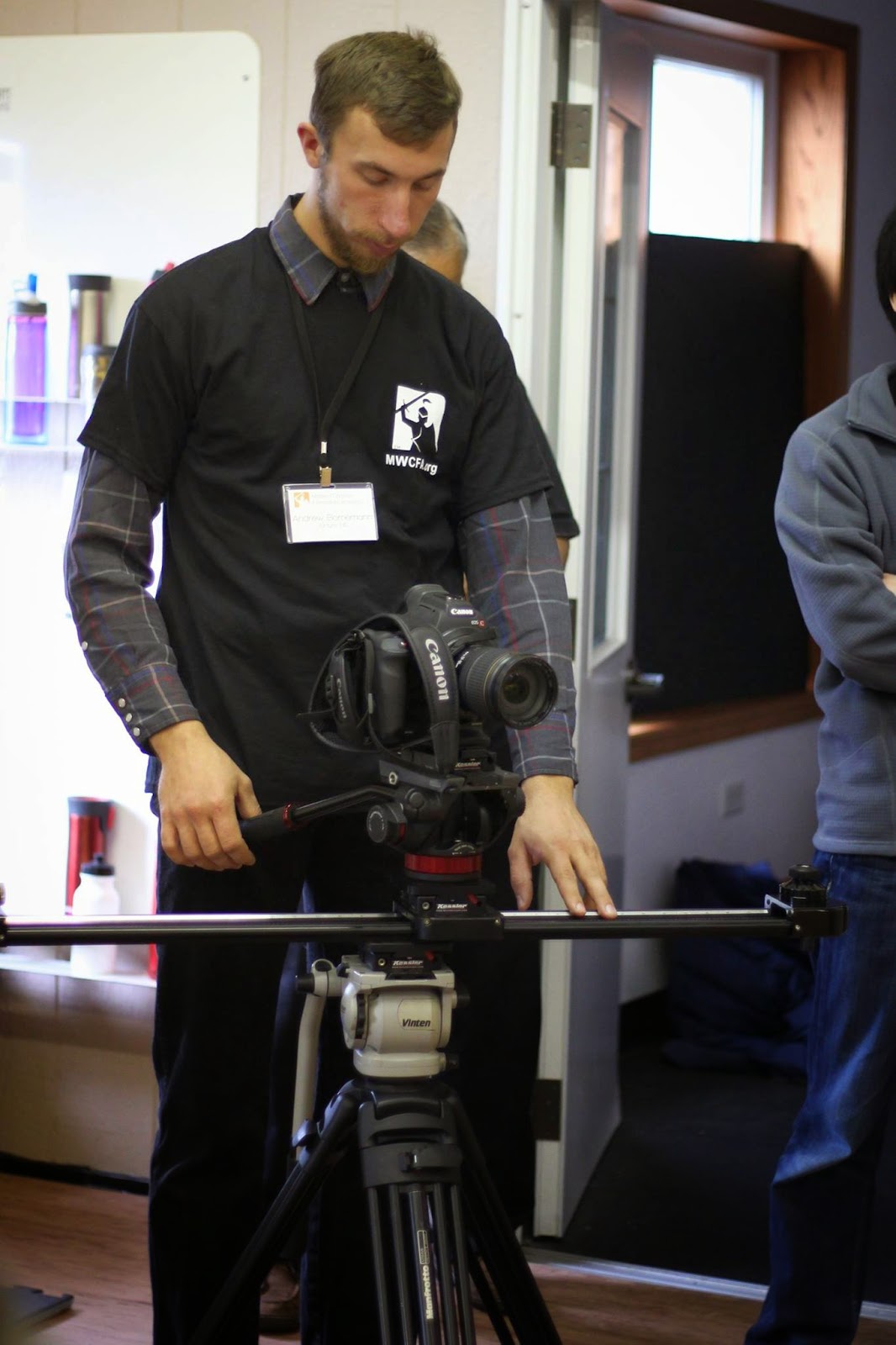 It was a hands on learning experience, as the academy made a short promo film for a local business. Check out the finished production!


December was fairly quite, spent most of my time working in the shop, taking a bunch of family pictures, and getting ready for our annual New-Years-Eve party! :-) Had a great get-together, lots of fun and games with friends!

I'll end my year-in-review with our favorite of our family pictures this year, which was taken up at my new place. :-) Thanks for stopping by! 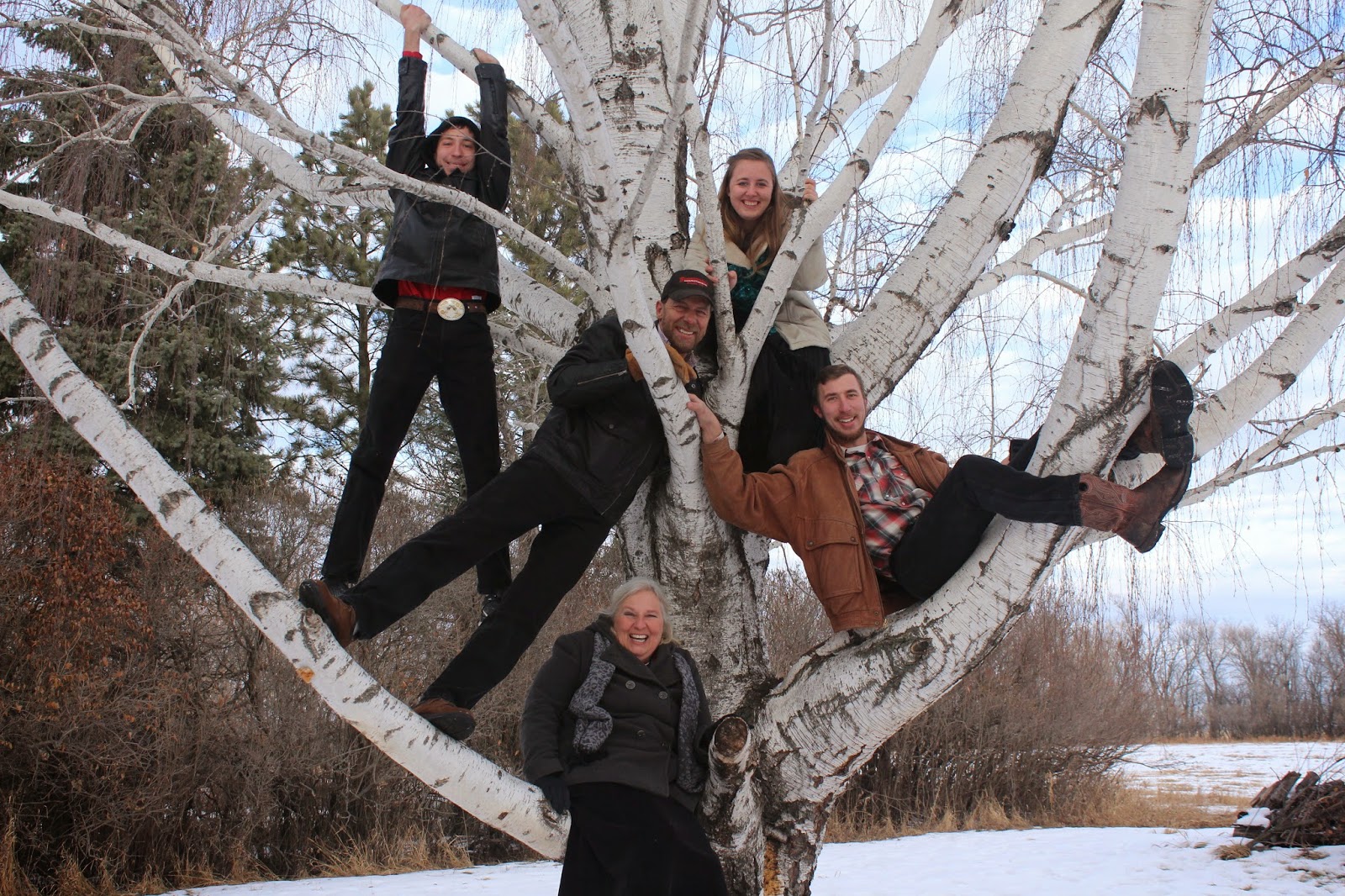 Dear Andrew, It took awhile in coming but it was definitely WORTH the wait!!! ;)
Happy new year, Andrew, and I hope that you find time to write here more frequently in 2015! Hint hint.
Mom

YAY! A blog post by Andrew Bornemann!!!
I love it! ;) I really like your Dad's American flag shirt! And all the Appleseed's, what fun! Nice picture of the "misty morning"!
Your house looks great too! I don't think I ever saw a full after house photo when ya'll finished tinning!
Such hard workers ya'll are! Happy New Year! Thanks for posting!
In Him, Emmy
P.s. I LOVE the family photo! :-)

Thanks for the kind comments! I know I have been sorely neglectful, guess I just need to take the time now and then... :-)
Andrew B.